Enough with cliches already!!! Does anybody ever have an original thought anymore?

I dislike cliches of any kind, especially “at the end of the day.” I heard Jada Pinkett on a talk show once, talking about how to run a successful family, (which is laughable to begin with; she has two of the most obnoxious kids I’ve ever seen!,) and every sentence out of her mouth included “at the end of the day.” And she thought she was being so profound! I really know nothing else about here, but have had an intense dislike for her ever since. 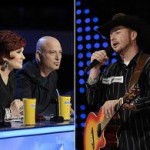 But the worst clichés, to me, are the ones we hear on television competition shows; those are the most annoying ones, by far. So, sadly, this is my longest list ever!

(And, in case you’re wondering, I’ve been working on this list since way before I saw that good comedian, Tom Cotter, do a bit about cliches on America’s Got Talent. His list is way different than mine. His was hysterical; these are just sad. And, while he’s fabulous, that show is one of the biggest offenders of all time! Every sentence out of the judges’ and contestants’ mouth is a cliché!!!)

Here are just a few examples:

It’s everything to me. [Note: Really? Your family, friends, health, etc. all mean nothing to you???]

It would be a dream come true.

It’s a blessing to get to perform…

It means my whole life.

I just gotta bring it.

You need to step it up.

It means the world to me.

That’s what it’s all about.

Your what the show is all about.

That was amazing. (Btw–”amazing” is the most overused, and incorrectly used, word in the English language right now.)

I refuse to lose.

You did wonderful. (Stated often by Howie Mandel; so he does not speak “wonderful.” Ugh!)

I have to take it to the next level.

I sacrificed so much. (Guess what—it wasn’t a sacrifice—it was your own choice! We all had to give up something to try for the career of our choice. Get a dictionary, people! You may have “risked,” but you far from “sacrificed!”)

I’m going to leave it all out there on the stage.

On AGT, in specific, the judges say everyone is “original.” Idiot Howie actually lauded a contestant for sounding “original, and a little like” someone else; so how is that original???

The only thing I ever heard a contestant on that show say that is original is, “I’m dream chasing,” stated by that wonderful young street dancer/contortionist Turf. Props to him for being refreshing!