Trending
You are at:Home»BASKETBALL»KAREN’S RANTS/BASKETBALL: KEVIN DURANT DID NOT APOLOGIZE!!!
By Karen Salkin on April 5, 2021 · BASKETBALL, KAREN'S RANTS

KEVIN DURANT DID NOT APOLOGIZE!!!

When I read headlines saying that NBA star Kevin Durant recently apologized for making homophobic comments to definite acquaintance and sort-of pal, actor Michael Rapaport, in published messages*, I went berserk. I watched every second of his presser on the subject, a few times, (because I could not believe what I was hearing!,) and never once did he say he was sorry for using those words! What he said was that he was sorry that anybody learned of them! That is sooo far from an apology for the words, by any stretch of the definition. *[Note: I can’t figure-out exactly where those messages are from. They look to be on Twitter, but I’ve read they were on Instagram. No matter where, other public figures get into much more trouble for using words like KD did.] 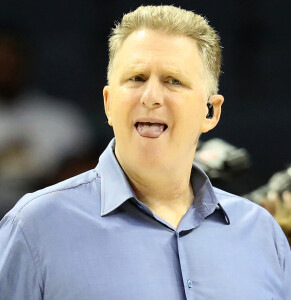 Michael Rapaport, seen here, is kind-of a piece of work, as well, but that’s still no excuse for Kevin Durant’s words to him.

So why is everyone giving him a free pass??? (Except for the powers-that-be at the NBA itself—they fined him fifty thou. But it should have been more. Much, much more. If it had been a lesser-known player who said those horrible things, he would have been drummed out of the league!)

Here’s his exact “apology”: “I’m sorry that people seen the language I used. It’s not really what I want people to see and hear from me, but hopefully I can move past it and get back out on the floor.” Why is no one else pointing-out that that’s not an apology??? It’s tantamount to saying, “I’m sorry I got caught,” not, “I apologize for ever using language like that.”

I can’t believe that I ever liked Kevin Durant back in the day. I felt bad for him, at first, when he got drafted second to Greg Oden back in the 2007 NBA Draft; he sooo wanted to be #1. I also felt bad for him as a person because he always seemed so awkward. (Still does.) I felt that he must have never had any friends or dates. Then, when he won the MVP award in 2014, and talked so lovingly about his mother, I was almost sold. I actually wrote that I liked him back then! But then I started noticing all of his rude and anti-social behavior. 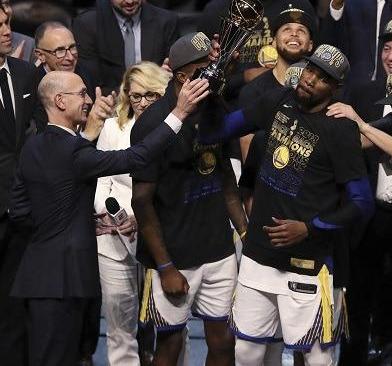 One of the most egregious examples of that is when he won the NBA Finals MVP title in 2018. As NBA Commissioner Adam Silver was handing the trophy to Kevin, he just grabbed it out of the Silver’s hand, without even looking at him! And he did not at all acknowledge elderly basketball great Bill Russell, after whom the trophy is named, who was standing right there, ready to congratulate him!!! It was a shocking, disgusting, and disheartening display.

And when the Golden State Warriors, (the team Kevin had joined that year specifically to finally win a Championship after ten years in the league,) did just that in 2017, he didn’t even run over to celebrate with his own teammates when they won. That was one of the weirdest things I’ve ever seen in the sport. It made me feel that he’s into only himself. 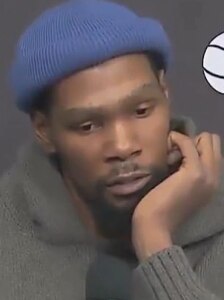 Kevin Durant, making a non-apology to the media.

And then, in an interview with Scott Van Pelt on ESPN after the win, he made me dislike him even more when he said that LeBron James is so much his idol that he wants to pass LeBron’s accomplishments!  What is wrong with him?! Most athletes in that exalted position say that they’re thrilled and humbled to just be mentioned in the same sentence as their idols! They don’t publicly state that they want to pass other beloved heroes who have gone before. Durant is not normal.

Which brings us back to his non-apology. Just to clarify, his statement is basically what I have come to always expect of Kevin Durant—nothing heartfelt, sincere, charming, or at the very least, apologetic! What has my panties in a wad is that very few in the media, or even just on social media, are pointing-out how nothing even close to an apology, or even a mea culpa, that was! Everyone, except the NBA and me, seems to be letting him slide. Shame on all of them.

Now that this topic is off my chest, (for now,) if you’d like to see compelling, riveting basketball, with high stakes, I suggest you join me (and half of America) in watching tonight’s NCAA Championship game between undefeated Gonzaga, (for whom I’m rooting with all my heart because they sooo deserve the win,) and Baylor. They’ve been the two best teams in the country all year. Go, Zags!!!