Trending
You are at:Home»KAREN'S RANTS»KAREN’S RANTS: SONY AND “THE INTERVIEW” DEBACLE
By Karen Salkin on December 22, 2014 · KAREN'S RANTS

SONY AND “THE INTERVIEW” DEBACLE

I can’t take reading about this horror show anymore!

I had been trying to ignore the situation with Sony getting hacked so completely, all because of the movie The Interview, and the subsequent cancellation of the showings of it, but I get constant updates, from everywhere!, in my inbox more than daily. And every site I go to read anything has it as the top story all the time.

And just about every person I come in contact with wants to discuss it, ad nauseum, and everyone keeps asking for my views on the whole debacle. 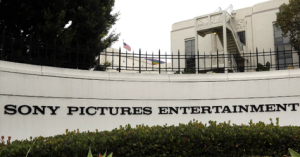 Sony Picture got it right with the word “Entertainment.” I’m sure this whole debacle has been very entertaining to people who aren’t involved in it!

So, once and for all, here are my feelings on the entire subject, for what they’re worth. (Just get ready for multiple !s and ?s):

Who are these bozos who run Sony??? They really should all be fired. How would anyone green-light this project to begin with??? I can’t even fathom that pitch meeting! Who in his or her right mind would think that this is a good idea? The janitor at Sony would have probably made better decisions than the people in the front office there!

I can see how someone would be amenable to a James Franco-Seth Rogen movie. They’re pure box office gold. So it’s hard to say no to even the most inane script from them. But could they not have just made it a fictional country, ala Borat? If even Sacha Baron Cohen had the good sense to do that, shouldn’t the heads of a major studio have known better? I’ve been scratching my head over that one, big-time.

So, let’s skip ahead to where all that damage has been done already. I love all these righteous people, like George Clooney and Judd Apatow, ragging on Sony for pulling the movie. I would love to see them send their loved ones into a theatre that crazy people with the power to do so threatened to bomb!!! Would you go in there? I doubt any sane person would. Are you going to risk dying over a stupid movie that should not have been made to begin with, that’s probably not that funny anyway? (I’m not even going to any screenings of anything on their lot this season!)

[Note #1: It just made me think of the movie The Ring. If you saw that one, do you remember how you thought the characters were so stupid to look at the video in it, knowing that they might die because they did? That’s what this sitch is akin to; would anyone want to go to a theatre to see The Interview, knowing there’s a big possibility that they’ll be bombed by an evil dictator, and die?]

Yes, of course this country should not cave to terrorist threats. But look where that has gotten us so far, in this Sony situation. It’s a super-crazy world now, and there’s no glory in sticking up for a dumb film. (I’m not even posting a picture of it with this column! I’m no fool.)

Yes, I know that the Sony weakness can lead to more demands from powerful factions like North Korea. But you have to weigh the potential damage to lives.

Sony is wimping-out by saying they cancelled the run because the theatres all pulled-out of showing it. Of course, that is partly true. (If a tree fell in the forest…) You can’t show it if you have no place to do so!

Even though Sony will lose tons of money from this whole debacle, I predict that some bootleggers will make a fortune on this. But Sony losing the dough is no big deal; movies lose money all the time.

[Note #2: Now Sony supposedly said that they’re going to release it free on their streaming service. The saga continues. So, North Korea is not the only one who wins on this one; all the people who would have spent their hard-earned money of The Interview have won, as well.]

Now to the hacked emails from the Sony higher-ups. It was just stupidity to put this crap in writing. Every teen-age love-struck girl has learned to not put things in writing that would embarrass them if it got out! How would people in such positions of power not know that rule??? I’m just dumbstruck over the ignorance they all demonstrated.

Last topic here: I don’t know if Amy Pascal and Scott Rudin and company are racist. They may have just been making stupid jokes. And, as wrong as they are about Angelina Jolie, it’s their right to have, and express, that opinion of her. But, would you want people like that, with the lack of smarts to censor themselves in writing, running your studio? I think not.

So, just fire them and be done with it. And let’s move on to the next really dumb Hollywood move already.