Trending
You are at:Home»KAREN'S RANTS»KAREN’S RANTS: HOW CAN ANYONE SUPPORT INSANE TRUMP???
By Karen Salkin on November 4, 2016 · KAREN'S RANTS

HOW CAN ANYONE SUPPORT INSANE TRUMP???

Please read this, no matter for whom you plan to vote next week.  I’m publishing this now, (as opposed to next Monday,) to give you potential Trump-voters the week-end to get your minds straight. The fun and games of Trump’s lunacy are over; it’s time to get serious now. 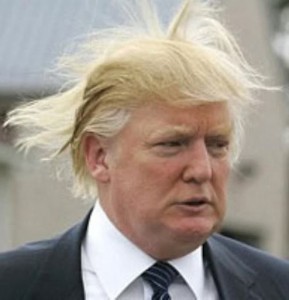 I promise to try to not call Trump supporters “idiots” or “morons” this time.  I’m just begging you to think of what you’re doing.  Please don’t let America become the second Nazi Germany.

As limited-vocabulary-candidate Trump would say, “very many people” have made this plea more eloquently than I, but, if I can get through to even one person who was thinking of voting the wrong way, (something I have a feeling they’ll be embarrassed about for the rest of their lives, if they’re even a little bit normal,) I’ll have done my job.

I’ve never felt the need to be political before, but now I’m scared every day.  And I know that even Republicans have got to be smarter than this.  At least I pray they are.

I had originally written a much stronger diatribe against Trump-ers, but I realize I have to calm down and try my best to appeal to them.  I really think they know not what they’re about to do, unless they’re a neo-Nazi, a skinhead, or a member of the KKK.  But I don’t think any of my readers are that.

Up front, let me tell you that, (even though I’m a tad nauseated that these words are coming from my fingers,) some of my best friends are Republicans.  Really.  Some of them were even the main pals who were there for me when my mother died.  Politics is not the only thing that defines a person for me. 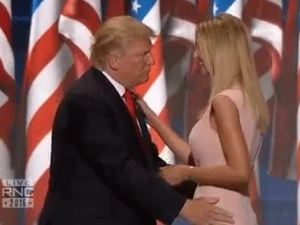 What grown man grabs his daughter by the butt??? (Unless he has a gun and is missing several teeth.)

But Donald Trump is not even politics!  He’s just an ugly, (in every way,) stupid, dangerous man, who is appealing to all the sick people in this country.  (I’ll never understand how otherwise-intelligent people can’t see that.)  And this joke has gone far enough.  Trump’s presidential candidacy was amusing for a few minutes, but now it’s just downright scary.

I’m okay with people being Republicans, in general, although I really don’t understand it.  I’m also fine with people not being Hillary fans, although I can’t figure-out that reasoning, either.  That woman has more for Americans than all of us put together!  You guys really need to do some research.  Her good deeds go back to when she was just a very young lady.  I’m a total Hillary supporter, and cried my eyes out when she received the Democratic nomination.  (My Republican pals are nescient about Hillary’s work and achievements.  They just want to say that she’s a crook!  They know nothing, but just parrot Trump’s lines.  When I’ve asked them to explain, they have no facts to back-up their assertions; they just regurgitate words they’ve heard lying Trump say! Oh well.)

But if you’re not “with her,” even that I can forgive. I guess that an uber-intelligent, go-getting woman, who actually wants to lead our nation into a better future, (a job they’d have to force me—and most of us–to do!,) is not everyone’s cup of tea.

But how even one person with an IQ over fifty can actually vote for a crazy man, who has absolutely no credentials for the most important job in the nations, is beyond me. 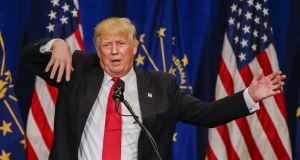 Trump making fun of a disabled reporter. Lovely person, right? How can anyone but a sicko defend this behavior??? In anyone, but especially in a candidate for the President of the United States of America! Explain it; please!

So, as I queried on Facebook this summer, (without calling names this time,) I’m just curious—after everything we now know about Trump, (including child rape charges, admitted tax evasion, stiffing people who’ve done expensive work for him, insurance fraud, racketeering, being a sexual predator, abusing the family of a war hero, putting down women for every little physical attribute that does not strike his creepy fancy, making fun of a disabled reporter, and lascivious comments about his own daughter!,) can my otherwise-intelligent pals who are Trump supporters honestly tell me that they don’t see the dangers of voting for someone so unqualified to lead this country???  I can’t imagine what could be in your minds.  I really, truly cannot.

So, please, enlighten me in the Comments section below.

And, please everyone with even a modicum of intelligence and care for this country and your fellow Americans, get out and cast your vote for Hillary Clinton this Election Day. It just may be the most important thing you’ve ever done in your life!