Trending
You are at:Home»HOLIDAYS»HOLIDAY: A SCARY HALLOWEEN STORY 2022
By Karen Salkin on October 31, 2022 · HOLIDAYS

I’ve been waiting for Halloween to be on a Monday for six years now so I can share this real-life scary story. (That’s because it happened on a Halloween Monday, of course, which is what made it so scary!) 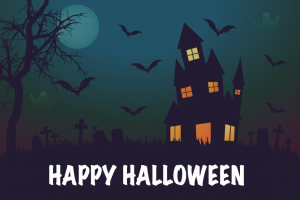 When I was just fourteen years old, I was a Sophomore in high school in Brooklyn, New York. For all of us in that grade, it was our first year in such a grown-up school because it just started in sophomore year; my school was so big that it had a separate building for the freshman! And even with only three grades, we still had a triple shift of schedules to accommodate so many students! The Seniors went from 6:38AM-11:38PM, (which was murder, let me tell you. I had to get up at 4:30AM that year to do my fabulous artistic eye make-up with false lashes!!!)  The Juniors were on the most normal schedule of 9:38AM-3:38PM. And we lowly Sophs had classes from 11:38AM-5:38PM, which was great (at first) because I’ve always loved sleeping late.

Most of us had to take at least one bus to school, which we had just learned to do about six weeks prior to Halloween. At the very least, there were several long blocks of walking to do for the kids who lived close-by. And at that tender age, we had never been out at night alone at that point in our lives. 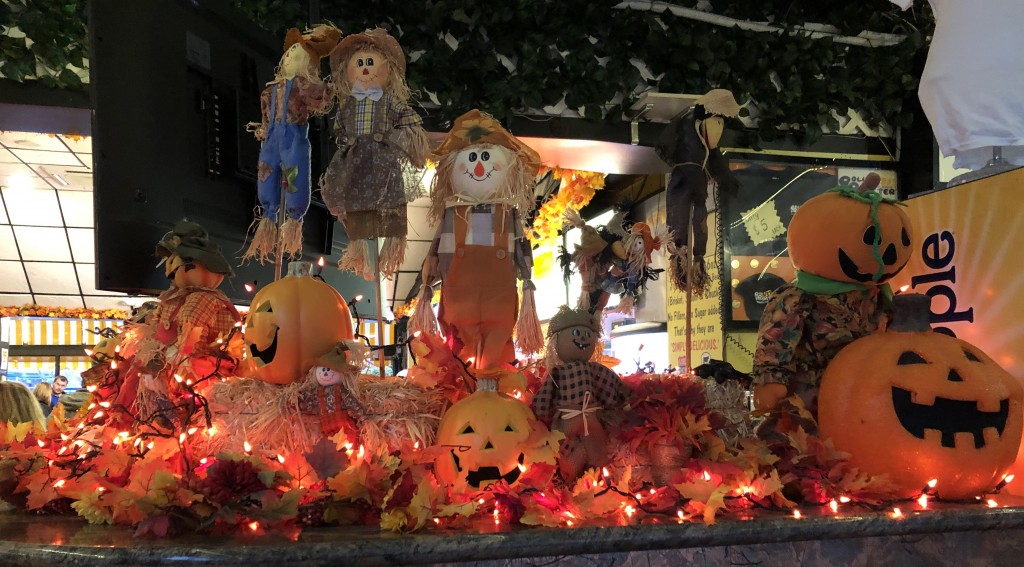 This is basically as scary as it got on Halloween in Brooklyn, prior to that fateful night. Photo by Karen Salkin.

But it had not been a problem in that previous month and a half. At all. Fall is beautiful in New York! So going and coming to school was always lovely.

And then that year, Halloween was on a Monday. The day after we had moved the clocks back to get onto Eastern Standard Time. As youngsters, you never think of those things.

This is how ominous the bus stop looked to our young eyes that evening.

So here I was in English class, my last one of the day, close to the end of the period, thinking about leaving the building and going home. (And what I would eat when I arrived there, of course.) And I happened to look out the window at 5:30ish. And…it was pitch black out!!! I literally gasped out loud. My classmates looked at me, and I pointed to the window. There was instant teen pandemonium! We were all terrified.

I’m sure it would have been as scary on any normal Monday after turning the clocks back, but it being Halloween made it that much more terrifying. And I do mean terrifying—we were all almost screaming while we rushed outside to catch a bus home. It’s the most noise I’ve ever heard rushing for a bus anywhere. 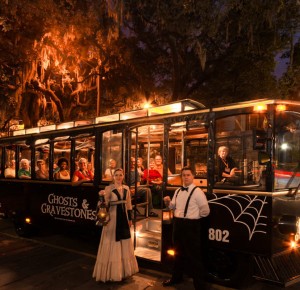 But the bus stop probably looked THIS in our minds at the moment!

But the absolute scariest part of the entire experience was getting off the bus and knowing I had to walk four looooong blocks to my house! Alone! In the dark! For the first time in my life! On HALLOWEEN!!!!!!!!!!!

I cannot tell you how scared I was. My heart pounded the entire time. Just like the Little Piggy of fame, I cried, “Wee wee wee” all the way home.

And to this day, I still get chills when Halloween falls on a Monday. As it does today.

So, please everyone, think of my eerie tale and be extra-cautious out there tonight. But luckily for us all, we won’t be “falling back” until next week-end. Then we can be scared all over again in exactly one week.

Scary or not, I wish you all a very safe and Happy Halloween!!!