Trending
You are at:Home»HEALTH»HEALTH: STROKE PREVENTION
By Karen Salkin on May 31, 2016 · HEALTH

I’ve been planning to write this column since I suffered my own mini-stroke in October. That situation made me learn so much about the condition that I really wanted to share my new knowledge, which could literally save someone’s life. 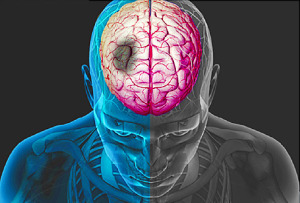 But, since that time, all the days on ItsNotAboutMe.TV were taken up by time-sensitive stories, so this one kept getting put on the back burner.

But, today being May 31, it’s the last day of American Stroke Month, so better late than never. (I found-out about that designation not because of my health situation, but—ready for this?–because an ad for it was running along the bottom of the Solitaire app on my iPad! I noticed it when I was playing the game in the middle of the night this week-end. So, that app finally came in handy for something, other than wasting my time!)

It’s also appropriate to be running this story today because it’s my little mo’s birthday (even though she’s no longer on this level of life,) so I had been trying to figure out how to honor her, (without being like the goony Facebook peeps who wish their deceased loved ones a “happy” one, when they really aren’t celebrating anymore.) If this article saves even one mother from having to lose her own child, (or anybody else,) I’ve succeeded.

Before I give you the guidelines I’ve learned in the seven months since my own incident, I want to thank the powers-that-be in the world, because I totally know that I’m one of the lucky ones. I lived for a week after it happened, without being on medications or living differently! (A beautiful thirty-four-year-old, who was considered the “Queen of Snapchat,” was not as fortunate as I—she died from a stroke just four months after I had mine!)

I think many of you may know by now what happened to me, but if not, here’s the very brief synopsis: On the morning of October 17, 2015, the left side of my tongue went totally numb, followed by that side of my face dropping, and then all feeling in the three middle fingers of my left hand went missing. But the time Mr. X and got ready to go to a hospital, because I knew something was very wrong, the episode was over, so I chickened out on going. Very stupid of me!!! If anything like this ever happens to you, please don’t be as idiotic as I was!

It was an early Saturday morning, so by the time I could get in to see my basic doctor, and then he got me in to have an MRI, it was a week later! Let me repeat what a moron I was.

After seeing the results, the doc called me the morning after those Friday night tests, (which made it exactly one week since I had experienced those worrisome symptoms,) and made me go right to the emergency room, where they were set-up for me. They made me stay for several days, and did many more tests, just to be sure what was happening. I really appreciate their thoroughness.

Since then, my life has changed in a few ways, some good, some annoying, but the main thing is—I’m alive!!! Yay! 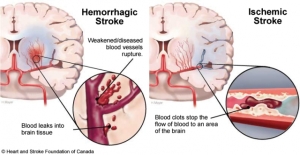 The most important thing that I’ve learned since then is that strokes are, for the most part, preventable, so here are some tips for everyone:

–If you experience any real numbness, or a drooping face, no matter how slight, you absolutely have to call 911! There is no embarrassment if it turns-out that you’re really okay. Better than not going, and being correct about having a stroke!

–Definitely do not drive yourself, and don’t even have a pal do it. Here’s why you need to call 911, and get an ambulance: They make sure to take you to the nearest stroke hospital, which not all of them are. You need a stroke team. The ambulance will alert them, and you’ll be taken right in, which is very important.

–I’ve heard different timelines for this, but basically, once they do tests to establish if you are indeed, stroking, they then do a blood test to determine which kind. It it’s the “right” one, (I hate using that word for something so wrong,) there’s a medication they can administer to save your life. But it’s effective for only a few hours. That’s why time (and an ambulance) are of the essence.

–But try not to let it get that far. Have annual blood tests to determine your stroke factors to begin with. If you have high cholesterol, or diabetes, you’re very at risk. So, right away, change your diet, (and perhaps your supplements, too) and—as much as I hate to say this one, but I must—take your doctor’s advice on meds. I’m not a medication person, so, for awhile, I hated having to take them, especially because of the small side effects, but they are saving my life. Literally. Of course, get second opinions, but don’t fight the meds for shallow reasons, (as I did,) because they could save your life, too.

–I’ve also learned that exercise can greatly lessen your risk factors. So, get off that couch!

–And most of all, if you’re even a tad chubby, please lose weight!  That’s the most important thing of all. And stop eating crap. If I, the queen of junk food, can do it, anyone can. Seriously. Just don’t wait till you’re almost not alive to do it. Really—before this episode, I didn’t cook, or even shop, but now I do. They’re both necessities. You have to shop for yourself, to read all the labels, which is of the utmost importance. You really do get equally as sated by good food as by bad. Full is full. (If you live with someone, they’ll have to be supportive. Thank goodness Mr. X always ate better than I did to begin with. That made the transition so much easier.) But I’m not going to lie—it is torturous at first. But it becomes a breeze as you go along. (And once you re-learn how to eat, you’ll be able to also do it in restaurants.) I’m actually shocked now by the crappy food that most people eat! I’m really not supposed to have sugar, salt, fat, flour, butter, and beef. I was super-strict for the first few months, But now that it’s been awhile, I can have a tad occasionally, in real moderation. I had gained a bunch of weight in recent years, after I broke my back, so I’m thrilled that I’ve lost twenty pounds, since the stroke, eating this new way. Yay! So I don’t want to eat like I used to, anymore, anyway. (But I would still eat a barrel of real ice cream every day, if I could.)

–I never drank alcohol to begin with, but once diagnosed with a stroke, you’ll have to stop. So, if you’re an imbiber, why not do yourself a favor, and just curtail your drinking, anyway, so you’ll have a better shot at overall good health to begin with?!

–And don’t go to chiropractors anymore! Especially if you have neck pain! Go to real doctors. A chiro broke my back to begin with, and basically killed one of my best friends, by making believe she was fixing the pain in my friend’s stomach, which turned-out to be cancer. If she had been told to go have it checked-out, it could have saved her life. And the same happened to that aforementioned young lady who died, except that her neck pain turned-out to be the stroke waiting to happen. She should have been told to go to a real doctor for tests, not get her neck continually “adjusted.” Another one told a gullible family I knew that he’d make their wheelchair-bound son walk again! I hate that profession!

–Last thing—if your doc sends you for an MRI to diagnose your condition, insist on also having an MRA. Without it, they would have told me I’m fine, and I may not be here now to be writing this! You have them at the same time, in the same machine. I didn’t even know I was having it!

I know that this can wind-up costing a lot of money, even with insurance. But, it’s absolutely worth it. Sometimes, you can have a stroke and stay alive, but you can also be very incapacitated, especially on one side. Please do not ignore symptoms. It’s rarely nothing, as we all like to think our symptoms are.

For more info, from the people who know so much more than I do, click here: www.strokeassociation.org

And please take care of yourselves, always!