Trending
You are at:Home»GOSSIP»GOSSIP/KAREN’S THOUGHTS: MY ISSUES WITH JENNIFER LOPEZ’S NEW-OLD RELATIONSHIP
By Karen Salkin on October 4, 2021 · GOSSIP, KAREN'S THOUGHTS

I have no doubt that Jennifer Lopez and Ben Affleck are each other’s true loves. I’ve always felt that Ben got with the other Jennifer, Garner, on the rebound, and Lopez got the same way with—well, everyone. So I’m happy for two middle-aged people to finally get back together and rectify their relationship for the years they have left. (And yes, I hope we get to see how it goes when they start looking their ages in perhaps their sixties or seventies!) 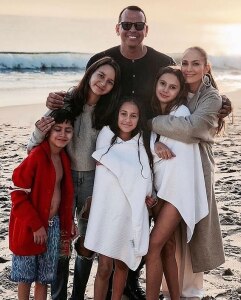 Look at what a happy family this was! Alex Rodriguez and his two girls with Jennifer Lopez and her twins. Such a shame for the kids that it’s over now.

What I do object to is…how JLo treated her recent fiancé, Alex Rodriguez, which has also adversely affected their four kids. Alex will get over it; I don’t know if the kids ever will. We don’t know how being separated from three other people each one was used to, and loved, will manifest in their later lives. [Note: I say “three people” on each side because each child lost not only the main other adult in his or her life, but also the two children of the other adult.]

Again, if JLo and Ben are soulmates, which I have a feeling they are, I have no problem with them getting back together. But I have issues with the insensitivity of their reunion.

One issue is the public-ness of the new-old relationship. Jen was with A-Rod for four years, they lived together, shared property together, and even tried to buy the Mets together! And his two kids and her two kids were together all the time, especially during the seclusion of the pandemic. They were together so much that I wondered when the kids ever saw their own other biological parent. So none of them want to see image upon image of Jen and Ben so soon after she left Alex.

I’m not sure of the exact timeline, (because no one is who is not in that exact relationship,) but I understand it appears that Ben emailed Jen in January, about a month before the rumors of A-Rod DMing the woman. 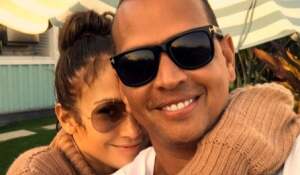 With whom do you like Jennifer better? Alex Rodriguez or…

Okay, digression here to discuss that situation! So in about February of 2020, before the JLo-A-Rod break-up, some skanky women from some obscure reality show said that Alex had DMed her on Instagram. (Perhaps surprisingly to some, I’m not really up on any of that stuff. I just found-out that people sent me messages on my Instagram something like four years ago!) So, yeah, it’s not good if your boyfriend is corresponding with someone, but that really isn’t exactly cheating. And, again, I’m not sure of the timeline, but it appears that Ben emailed Jen two months before Alex’s peccadillo. So we don’t know which of Jen and Alex chatted with a member of the opposite sex first. But the woman involved has actually denied that she’s ever even seen A-Rod, so none of us knows what really went on. (But I do know firsthand that anyone can make-up any story about anybody, which is really evil and sad.) 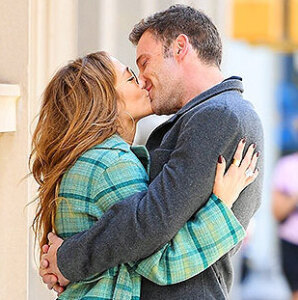 But if that story, true or false, made JLo want to leave Alex, that’s only her business. Their break-up was uber-sad to fans of their relationship, (such as myself,) but she had to do what she had to do. I still have no issue with it.

What I think was sort-of despicable of her was that…she was back with her long-ago fiancé, Ben Affleck, just two weeks later!!! And in the public eye with it!

Jen and Ben could have been thoughtful to everyone around them and waited at least a month, like the couples from The Bachelor do, so no one would find out. It just would have been more polite to Alex, her significant other of a significant length of time. The whole thing was just so thoughtless. 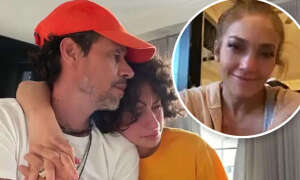 Jennifer Lopez’s daughter, Emme, holding on to her father, Marc Anthony, while crying over her mom’s break-up with Alex Rodriguez. Heartbreaking.

And not just to Alex—that thoughtlessness hurt all those children. (Jen’s twins with her ex-husband Marc Anthony, Alex’s two daughters with his ex-wife, Cynthia, and even Ben’s three children with his ex-wife, Jennifer Garner, who now have to watch their parents’ new drama play out.) I saw a picture of JLo’s daughter hysterical crying over her mom’s break-up with Alex. Not only did Jen take Alex away from her two kids as a semi-father figure, (Marc Anthony is supposedly really in their lives, and the whole fam seemingly has a really good relationship,) but she also took herself away from Alex’s daughters. Those girls seemed really attached to her at that point, even though they, too, are very close with their own mother, Cynthia.

But the worst part is that she took those four kids away from…each other! After spending soooo much time together, especially in their formative years, that quartet was practically siblings. And now they never see each other at all anymore. On top of that, all of a sudden, JLo’s twins now have to get used to Ben’s three kids! 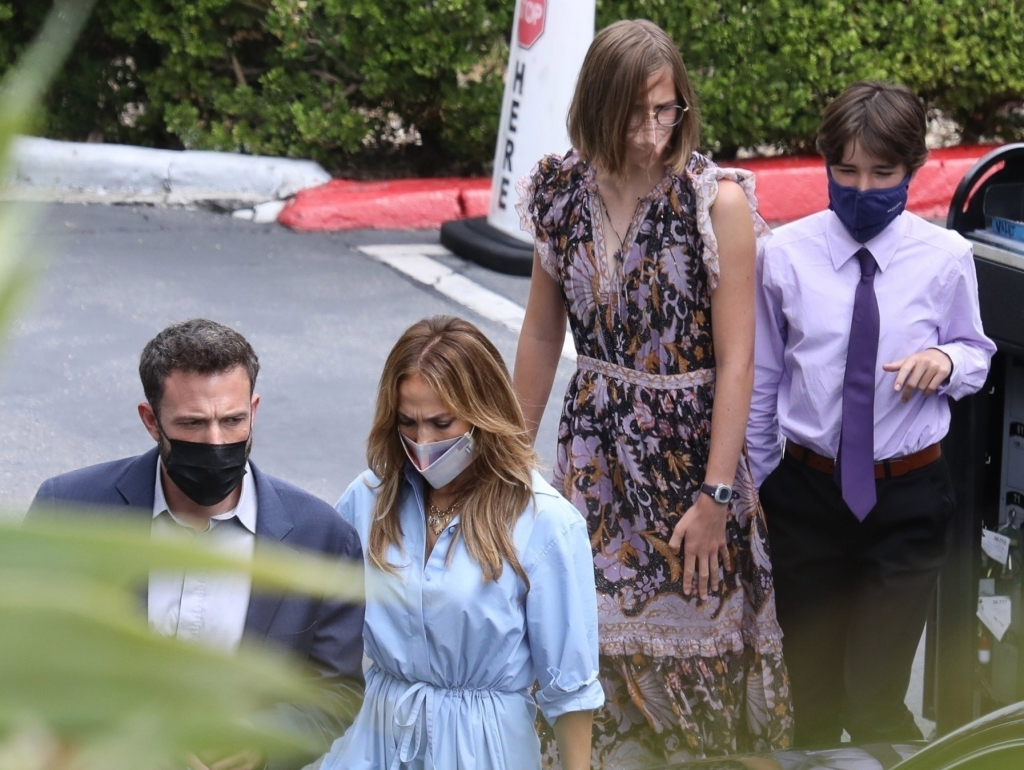 An unhappy-looking outing with their joint children. (The two in this pic are his.) Look closely at Ben and Jen’s faces–see how furrowed their brows are? That means they’re in distress. (Or maybe she’s just annoyed that she’s wearing such a dowdy dress!) Actually, ALL the images I’ve seen of that day have them looking like that! And she was yelling at her son, too, who is not in this particular picture.

Perhaps Bennifer needs to be reminded that when you have children, their happiness must come before yours. Period. That’s all there is to it. (You knew there was a reason I haven’t had kids, didn’t you? I honestly do not want to share my crayons!) 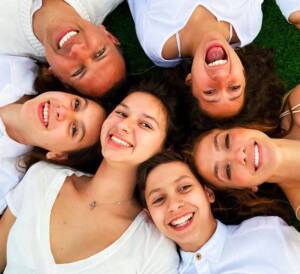 I just looked through a zillion pix of JLo’s kids with her and Alex Rodriguez and his daughters, and then Jen and her kids with Ben and his kids. And the difference is night and day! Trust me—I’ve spent waaaay too many hours analyzing all those images before I published this.

But ultimately, I wish everyone involved good luck. I really do. For all any of us know, perhaps Alex is really Jen’s soulmate and she’s just using Ben to get back at him for perhaps cheating on her, (which is a strong possibility.) And she does not care if she hurts Ben along the way because…he cheated on her (with strippers) when they were engaged! 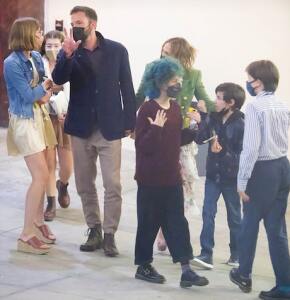 …and with Ben Affleck and all their children now. You be the judge of how long this will last.

It’s all so complicated, isn’t it? (So complicated that I’ve repeated some of my themes throughout this article! But they’re all sort-of mushed together in my psyche.) And I can somewhat understand every aspect of the drama except for these:

~ How can Jennifer, (or anyone, actually,) make-out with a smoker??? Especially when she’s so health-conscious? [Note: Ben Affleck is a major smoker.]

~ Which brings me to: how can a work-out freak like Jennifer go from uber-fitness-fan A-Rod to practically-dad-bodied Ben? I do not get that at all. She and Alex were in the gym together just about every day! That seemed to be sooo important to her, to have a partner who cares about his body as much as she does hers. 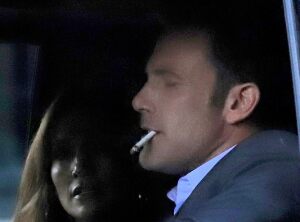 Ben Affleck smoking just the other night, in case anyone needs reminding of his disgusting habit.

~ And lastly, how has Alex not missed one step since the break-up and subsequent public humiliation??? I see him on tons of baseball games, (where he’s an analyst,) and he hasn’t looked one bit different! When I was doing my TV show, everyone could tell if Mr. X and I even had a small fight because I looked a mess! I’d be pale, my eyes would be all red (from crying,) and I had little to no pizazz on camera. Yet, A-Rod still seems jovial all the time. I really don’t get that. Maybe he’s actually relieved for it to be over.

Okay, that’s it for my analysis of the Alex-Jen-Ben saga. I can’t wait to see everyone’s next moves. Join me, won’t you?