I hope that all of you got to hear me doing celebrity gossip on Friday on the internet radio show, Daytime With Donna. I know that several of you did tune in because I heard from you, which I really appreciate. 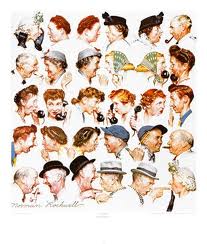 I also heard from many of you lamenting the fact that you missed it for one reason or other, mainly that you couldn’t be at a computer at that time, and asking if there was a way to listen at your convenience. Well, you’re in luck! Here’s the link to listen whenever you like:
http://toginet.com/podcasts/o/DaytimewithDonnaLIVE_2011-08-19.mp3?type=showpage

I come on about eight minutes into the show and stay for about fifteen minutes. Some will be old news already, but most of my gossip tidbits you won’t hear anywhere else.  Which might be a good thing; you never know. I’m sure Alec Baldwin would rather you didn’t hear what I had to say.

Anyway, I’d like to thank a few people, as always, of course. First of all, host Donna Introcaso for having me on, co-host and organizer Nina Frye for arranging it all, publicist extraordinaire Flo Selfman for bringing me to the show’s attention, and my New Best Friend in Brooklyn, Marcy Brenner, without whom it seriously wouldn’t have been possible for me to do the show. I’ll leave that part as a secret for now; I guess we Gossip Girls just can’t help being mysterious.