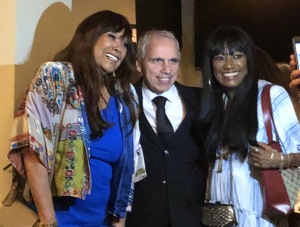 The Pointer Sisters making a fan’s day! Photo by Karen Salkin, as is the one of Cedric the Entertainer at the top of this page.

Before I begin my three-week trip to New York next Monday, let’s finish-up the celebs I’ve spied in LA for the past couple of months.

8/11/19  Two of the surviving Pointer Sisters, Anita and Ruth, at the Hollywood Museum in the heart of that town, to celebrate the private first showing of the new documentary, The Max Factor. (Here are the deets of that whole fabulous event: itsnotaboutme.tv/news/movieevent-the-max-factor.) 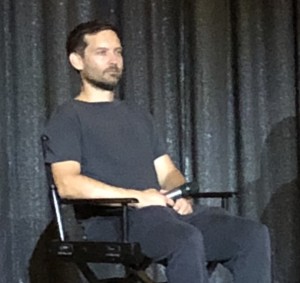 8/14/19 Tobey Maguire in West Hollywood, speaking after an industry screening of a so-so movie he’s on the producing team for, Brittany Runs a Marathon. He has that same insipid voice in person as he does on film.  And he’s even shorter than I expected.

8/18/19 TV actors, The Walking Dead’s Chad L. Coleman and Girls’ Guide To Divorce’s Beau Garrett, hanging on the sidewalk in front of the theatre where they were doing a play in Hollywood, on opening night, chatting with the audience members. (Here’s more of what I say about them, in my review of that show: itsnotaboutme.tv/news/theatre-saugerties.) 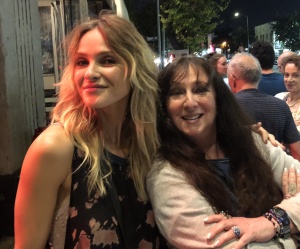 8/23/19 My good pal Elliott Gould doing his own grocery shopping at the Whole Foods in WLA. (But at least it’s an upscale market!)

9/8/19 Cedric the Entertainer, Michelle Kwan, Jeri Ryan, and Laurence Fishburne (although no two of them together) at the Ahmanson Theatre for the opening night of John Leguizamo’s show, Latin History for Morons. (Here’s my full review of that fun show: itsnotaboutme.tv/news/theatre-latin-history-for-morons.) [Note: That’s Cedric the Entertainer at the top of this page. Photo by Karen Salkin.] 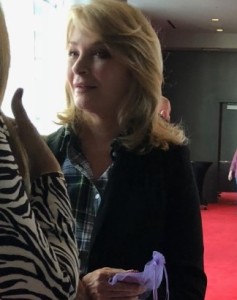 9/20/19 Days of Our Lives matriarch Deidre Hall, (who has played that role for over four decades!!!,) at the Wow Creations Emmys gifting suite in Hollywood. Let me tell you—that woman looks fabulous for her age! (For the rest of the action there, click here: itsnotaboutme.tv/news/gifting-suite-wow-creations-gifting-suite-for-the-2019-emmys.) 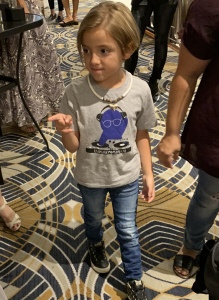 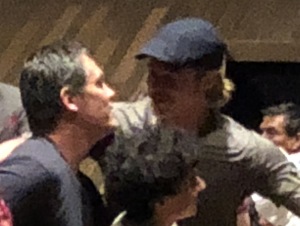 9/21/19 The biggest celeb of all—Brad Pitt!—at the opening night of A Play is a Poem at the Mark Taper Forum in downtown LA. He and Josh Brolin passed the entire time before it started by chatting with each other and the women they came with. (And with anyone else whom Brad’s bodyguard allowed over to him!) (Here’s my review of that very weak show: itsnotaboutme.tv/news/theatre-a-play-is-a-poem.) 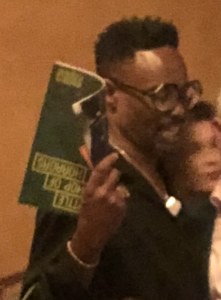 9/29/19 There was a plethora of stars at the Little Shop of Horrors opening night in Pasadena! But there was no one I was more excited to see than Juan Pablo Di Pace and Billy Porter! (For the deets on my private conversations with those two uber-talented men, and my review of the musical, just click here: itsnotaboutme.tv/news/theatre-little-shop-of-horrors-2.)