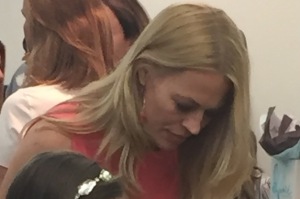 This past month (plus) has been quite the juicy time for Celeb Sightings. But July 20 tops all the other ones of this, or any, month. Or year! Or decade!!! But please make sure to read them all because there’s a celeb for everyone!

So, let’s get started!

6/15/17 Actress Jeri Ryan at a celebration in a Beverly Hills hair salon, with her young daughter. 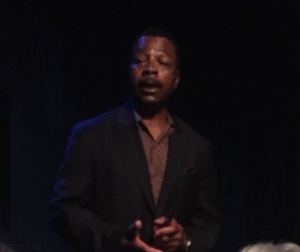 7/2/17  Carl Weathers greeting the assemblage on opening week-end of the play he directed in Santa Monica, Danny and the Deep Blue Sea. (If you missed it, you can read my review of the play here: itsnotaboutme.tv/news/theatre-danny-and-the-deep-blue-sea.)

7/6/17 Kevin Nealon and Jimmy Smits, (not together,) at opening night of the weird play Heisenberg at the Mark Taper Forum in downtown LA. (Here’s my honest review, perhaps the only honest one in town!, of the strangeness: itsnotaboutme.tv/news/theatre-heisenberg.) 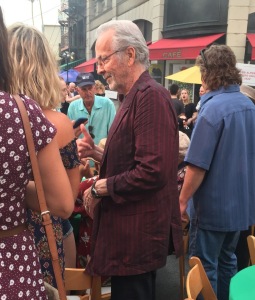 7/8/16  Herb Albert, who looked cool as a cucumber on the hottest night of the year, at the Concern Foundation Block Party at Paramount Studios in Hollywood. (Here’s my story of that whole wonderful event: itsnotaboutme.tv/news/eventcharity-concern-foundation-block-party-2017.)

7/11/17  Skateboarding legend Tony Hawk, and Olympic gold medalist gymnast Laurie Hernandez, at the GBK Gifting Lounge in Beverly Hills, to celebrate the Espy Awards that were being held in LA the next day. (And here’s the rest of that story: itsnotaboutme.tv/news/gifting-lounge-gbks-pre-espys-gifting-lounge-2017.) 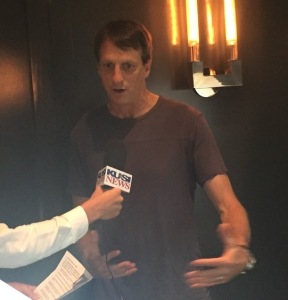 7/20/17 This was the absolute most star-studded event I’ve been to in years!!! At the opening night of the new musical Born For This in Santa Monica, walking right in front of my very eyes was none other than Stevie Wonder!!! [Note: That’s his photo at the top–duh–taken by Lisa Politz.] He had lost a bit of weight and looked great. He was accompanied by his very new wife. A few minutes later, there was Sidney Poitier, and at intermission I noticed Debbie Allen, the Fifth Dimension’s Marilyn McCoo and Billy Davis, (I love that they’re still together, which is rare in this town,) and then basketball star Tyson Chandler. And, of course, the man of the hour, Bebe Winans, about whose family this show is! (I implore you to read my glowing review of this entire event, here: itsnotaboutme.tv/news/theatre-born-for-this.) 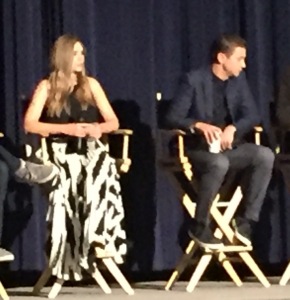 7/22/17 I ran right into (literally!, and twice that one night!,) comedic character actress Edie McClurg, at a play in the Valley. Since she was a fan of my former show, Karen’s Restaurant Revue, it was fun to share a laugh again. (Here’s my review of why we were all there: itsnotaboutme.tv/news/theatre-portraits-of-humanity-a-series-of-solo-shows-paul-dooleys-movie-dad.)

7/25/17 Jeremy Renner and Elizabeth Olsen in Hollywood at the first industry screening of their haunting new film, WindRiver. (They were both a bit boring in their speaking after it. I guess they need to just stick to acting.)

7/30/17 I witnessed a fun confab of old Malibu buds, singer Melissa Manchester and actor Ray Buktenica, at the opening of the new musical Shout Sister Shout, for which Melissa wrote a couple of the songs, at the Pasadena Playhouse.  (Here’s my review of that show: itsnotaboutme.tv/news/theatre-shout-sister-shout.)